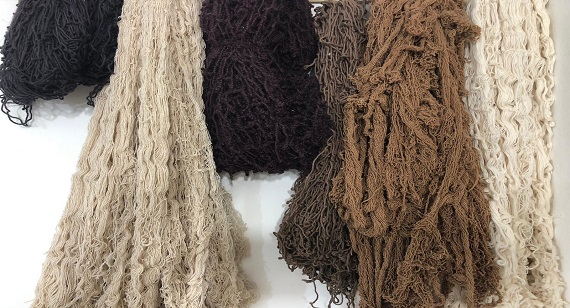 With the settling in history, people have resorted to different solutions that can maintain their lives. One of these solutions was to use weaving and felt to meet the needs at high altitudes. For this purpose, the domestication of the animals, which are necessary for weaving and felt, were also accompanied.

It has been seen that thousands of people living on the earth have been sheltering and decorating their soles, walls, and the items they use for at least 4000 years by covering them with decorative textiles.

Human beings have been producing and using the rugs in the methods they usually use to protect them from cold, outside dust and moisture. The other weaving with the rug has emerged and used for this reason.

It is necessary to look at the archaeological data to examine the historical development of rugs and flat weaving. Since then, weaving samples and weaving materials are giving us information. One of the first examples of these is the linen wall weaving, which emerged in Egypt as grave finds. The most well-known rug in plain weave and the wall weaving with almost the same technique with it is about XVIII. Kingdom of the IV. The linen wall weaving from the grave of Tuthmosis (M.Ö.1417) can give an idea

In Turkey, the plain weave  was found by James Mellaart in excavations at Troy. Compared to other finds, BC. There is no precise information about this part which should be taken down until 2300 years. Malleart has drawn and published the pattern of this piece.

Another finds were uncovered during the excavations at Gordion (Yassıhöyük-Eskişehir). VII. century, wool, goat hair and linen, which is thought to be touched during the Phrygians, are similar pieces of weaving in today's sumac, cicim and rugs.

All these findings support the idea that weaving has been done since ancient times in Anatolia.

The arrival and development of such products to Anatolia was with the Seljuks.

Therefore, plain weaving samples are almost nonexistent. One of the oldest examples that can be dated in Turkish weaving is the Kufic bordure in the Washington Textile Museum and the 15th-16th with its small octagons on the sides of the octagonal medallion. The weft is a woven weave in the sumac technique dated to 8th century.

Most of the flat weawing seams are not as thick and durable as knotted carpets. Since they were nomadic goods, they were not abandoned before they were old. In most cases, the old weavings were evaluated again and again. New pieces of the pieces are replaced by old pieces of pillow, cushion, such as the use of the items are made.

When the settled life was passed, it was never an aristocratic piece. Because it was despised because it was a nomadic society. These rugs are considered worthless and have never been among the valuable goods transferred from generation to generation. When we say the Turkish flat weave weights produced in Anatolia, there is no known history due to many reasons such as the reasons mentioned above.

Regardless of their valuation, their inventories have not been kept. The oldest Turkish rugs are examples of Ottoman art. With the use of the items used in palaces, rugs have started to gain value.

The rugs, which were started to be produced much more with the life of the palace, were also diversified as motifs. It is thought that the plain weaving of the Ottoman Period, in terms of form and motif, maintained a tradition that continued the Seljuk period motif understanding. The motifs and rugs used in the Seljuk and Beyliks period were used. Turkish middle eastern traditions and mythology have a dominant status in rug motifs.

The same or very similar patterns can be found in different weaving areas. However, similar motifs are seen in the decorations of the Classical Ottoman Period. The tribes and tribes living in the Ottoman lands have their own unique motifs. The meanings attributed to these motifs are known today. The carpets they weave and the flat weave have also been named after the names or lengths of the weavers. Most of the time these fabrics are similar.

As a result, handicraft is one of the most vivid documents of a nation's culture and identity. Handicrafts such as rugs have an artistic quality by revealing the lifestyle, art understanding and hand skills of the society. From the depths of the human soul, a masterful delicacy and magnificent artifacts have emerged. For this reason, rug is a weaving art that has been spreading from Anatolia to Asia and developed by animal husbandry.