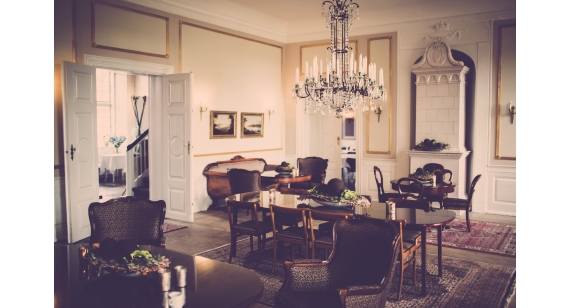 The motifs used in weaving arts have the function of expressing emotions with symbols. These symbols used in carpets and rugs express many things. The basis of the motifs used in all fabrics is the geographical position of the society. In a society where animal husbandry is made intensely in the history, the horn of goat's motif and deer motif have been used frequently. Or, in the regions where agriculture is concentrated, motifs such as pomegranate motif, symbol of bitterness and motifs like pepper motif are also used.

Known as the great double-headed snake in history, the dragon, which is a mythological animal with fantastic applications with different applications, has manifested itself in the weaving products. In addition, the symbol of the immortality of the Sumerians in the Gilgamesh legend, the healing distributor of the Hellenic and Roman civilizations; The symbols of eternal life and eternity in Artuklu and Seljuk fountains took their places in the weaving. It is possible to see the culture, social and economic opportunities and belief systems of the period which are used in some carpets woven for centuries. Some carpets and kilim rugs have a superior weaving technique and make their difference on every platform. Again some weaving have taken place in history as a reflection of the cultural elements of the Asian horse nomadic society.

In the symbols that have always taken place in rugs and carpets, the constant renewal of man, tribe, community and nature has been mentioned as a basis. In other words, in the last century, other accents have come to the forefront. Motives reflecting the way that people's feelings and thoughts reproduce, develop, give peace and tranquility, in other words provide happy life are also reflected in carpet weaving. The motifs representing many emotions and thoughts are also placed in the middle of the carpet or rug.

In some rugs and carpet weaving, religious beliefs specific to the people of the society in which it was established were represented. Again, other subjects felt backwards in the kilim weaving. It is also expressed in some sources that the inversion of this inverse direction is related to death. As seen, the weaving function is not absolutely isolated from the society in which it is located. All the rugs and rugs in the periods when they were executed tell the people everything.